The article describes the effects of the US constitution's first amendment, advocating the separation between the Church and the State. The author asserts that the religious aspects, principles, and virtues are being condemned because of this law. The author claims the issue causing dispute is the continuous use of the word 'God ' in several governmental forums. For instance, the word 'God has been used severally in the past, as an invocation at the start of government meetings and as a method of swearing during judicial proceedings. Additionally, the word 'God has been used on the American dollar. The author narrates about Michael Newdow, an atheist who has used his school-going daughter as the rallying point to eliminate the use of 'God ' in The Pledge of Allegiance. Michael Newdow's lawsuits provoke views on both Christian and atheist beliefs. However, since the author is religious, he views atheistic beliefs as a danger to society's morals and ethics. In conclusion, the author argues that atheistic beliefs should be prohibited from interfering with religious principles that are believed to hold society's morals strongly. 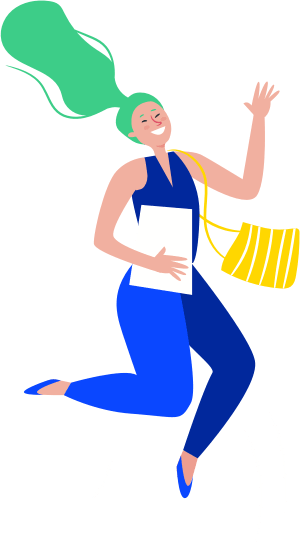 The article " We are "One Nation Under God" is about a defense of the continuous use of "God" in various public forums like the government. The author uses various arguments to support his stance on the consistent use of "God." To begin with, the writer argues that the nation was built upon its founders, who saw it wise to apply religious aspects. Therefore, God should not be eliminated from the State's governmental affairs. In addition, advocating for atheistic beliefs would interfere with Christian principles upon which the United States government has relied for longer.

Nonetheless, supporting atheistic beliefs in public sectors will destroy the American people's beliefs, principles, and core values and force them into values they are not used to. Furthermore, the author asserts that eliminating religious principles from the public arena is like removing the creamy white filling from the Oreo cookie, a tasty ingredient of the cookie. According to the writer, the constant use of " God " in public and private affairs is a reminder of what the American nation is based on their fore founders. The founders applied religious principles, and therefore, that is what the nation is expected to be.

Moreover, the writer argues that society will be negatively affected if the Supreme court decides to remove 'God' from governmental affairs. Nevertheless, societal morals and ethics would be greatly destroyed, turning the government from a democratic system to a dictatorial one. Therefore, the government judicial system should stand firm in defending Christian principles and prevent the elimination of 'God' from the Pledge to avoid negative impacts on society.

Although the author might be right on religious principles' defense, aspects of ethnocentrism are depicted in the article:

Based on the article, the author strongly disagrees with atheistic values within society. In contrast, atheists feel that the government violates the constitutional law on separating the Church and the State. Atheists also want the values respected (Garber & Walkowitz. 2013). Such a scenario makes it difficult to decide on a conclusion that satisfies both parties equally. However, the author may be right to some extent since the government does not always apply "God" within its office when breaking laws.

Consequently, the phrase "God "does not show a connection between the Church and the State. There is no union between political interests, exploitation of public funds, and resources to religious groups. Therefore, going against the use of "God" with the assertion portraying union between State and Church seems meaningless and does not make sense.
This article's purpose and conclusion are rooted in the traditional appeal. The author consistently refutes the word "God" repeal because it represents a nation's religious belief. The article's author supports the beliefs by describing them as desirable and constructive. It is notable that society continuously experiences vices despite these ethical values. There are several immoralities that the government exhibits, like corruption, despite having a direct relationship to religious beliefs. Therefore, any efforts to advocate for spiritual values focusing on the nation's founders implies that changing the beliefs won't affect society because the founders promoted spiritual values. Traditional appeal limits the article's author to view the atheistic tradition and beliefs as doom to society.

Additionally, associating people with "Godliness" does not necessarily determine their character. People will portray their character based on different independent factors; therefore, someone may be associated with God and still be immoral (Kosmin, 2011). The author's embracement of tradition evokes negative perceptions of atheistic beliefs.

However much the article exhibits biases, the author is convincing enough in his/her case. The author explains that Christian principles support morality and ethics and don't interfere with atheistic beliefs. People can choose to believe in God or not, and the constitution defends that freedom (Witte, 2017). Atheists have the freedom to practice their atheistic practices without being limited by other religious foundations. The teaching of "God" in schools allows students have an equal opportunity to choose to learn religion and Christian beliefs (Garber & Walkowitz. 2013).

Additionally, parents that want their children to follow the atheistic path have the liberty to prevent their children from being involved in Christianity teachings and beliefs. Conclusively, the author's arguments are rational and should be considered to address the disparity between religious and irreligious beliefs. The author argues that principles' elimination may cause children to be assimilated into atheistic beliefs and deny them their right to choose their religious path.